1.1. The "International Women’s Club of Moldova" Non-Governmental Organization is a non-governmental, non-political, non-profit organization established on the basis of free will of associated persons for the achievement of goals defined by these bylaws.
1.2. Full name: "International Women’s Club of Moldova" Non-Governmental Organization (hereinafter – IWCM).
1.3. The IWCM is constituted to perform its activity in accordance with the Constitution of the Republic of Moldova, the Law of the Republic of Moldova no.86, of June 11, 2020 about Non-Commercial Organizations, Civil Code of the Republic of Moldova and the present charter.
1.4. The IWCM is incorporated and maintains its legal status as a "Non-Governmental Organization".
1.5. The IWCM is regarded as a legal entity from the time it is registered as an NGO with the office of the Ministry of Justice of the Republic of Moldova and has all its rights and obligations assigned by the legislation given to all legal entities of such category. The IWCM has a stamp, an emblem, a bank account in MDL (Moldovan Lei) and in a foreign currency, a fiscal code, its own financial balance sheet and other attributes as that of a legal entity.
1.6. The IWCM will perform its activity on the entire territory of the Republic of Moldova, therefore regarding the entity as a republican NGO. The term of operation of the IWCM is perpetual.
1.7. The IWCM is non-profit, non-political, of public utility.
1.8. The IWCM will use its entire profit from its activity towards fulfilling the purposes and goals provided by these bylaws.
1.9. The IWCM does not support political parties, electoral blocks and candidates in election to positions of state authority and will not use any part of its income or property in the financing of such.
1.10. The IWCM has the following logo: A round globe on a white background and a profile of a woman, whose face looks to another part of the globe, and on the opposite side are all the continents of the globe on a bright green background, and on the round circle of the globe is written the name of the entity: International Women’s Club of Moldova.
1.11. Members do not retain rights over the assets of IWCM; that being property or membership fees. Members are not responsible to fulfil the obligations of the IWCM, and in return, the IWCM is not responsible to fulfil the obligations of its members.
1.12. The IWCM has distinct assets, necessary for carrying out the purposes and activity of the entity provided by these bylaws and fulfils its obligations using this assets as deemed necessary.
1.13. The IWCM will be located at the following address: MD-2025, Republic of Moldova, Chisinau mun., nr. 21, Arborilor street.

2.1. The IWCM is organized to perform its activity under principles of freedom of alliances, legality, openness and transparency, equality of rights of all members, freedom of expression of opinion by all members and their access to any information related to the activity of the IWCM, to self-administration and self-funding.
2.2. The IWCM is free to choose its activities, forms and methods of activity and to establish the internal organisation structure. Public authorities are not allowed to interfere with the activity of the IWCM and the IWCM is not allowed to interfere with the activity of public authorities.
2.3. The State respects, protects and ensures freedom of association. The State can intervene in the activity of the IWCM only if it is a necessary measure as deemed in a democratic society; to ensure national security, public safety, law enforcement or prevention of crime, as well as protection of health, protection of morals, protection of rights and freedoms of others.
2.4. The IWCM through its activity will promote national values and interests; civic, and democratic principles. It will support principles of the constitutional state, open competition and will observe ethic norms as of those entities in the non-commercial sector.
2.5. The IWCM will avoid conflicts of interest during its activity.
2.6. The activity of the IWCM is transparent to the public. Information regarding the entity’s bylaws and its programs is accessible to all. All persons and registered legal entities are guaranteed free access to the annual reports as well as financial reports of the IWCM.
2.7. The IWCM may express its views in regards to the programs of political parties and socio-political organizations, as well as electoral contestants and their programs.
2.8. The IWCM cannot support materially, nor can it provide free services to political parties and socio-political organizations.
2.9. The IWCM may not be obliged to accept new members except under the conditions laid down in these bylaws.

3. GOALS AND METHODS OF ACHIEVEMENT

3.1. The IWCM is organized for the following purposes:

3.2. The IWCM will perform the following activities for the sole purpose of achievement of its purposes:


3.3. In order to achieve the proposed goals, the IWCM has all the rights guaranteed by the legislation of the Republic of Moldova, including:

3.4. The IWCM is obliged to comply with the legislation of the Republic of Moldova, including:

3.5. In accordance with Art. 6 para. (2) of Law no. 86 of June 11, 2020 regarding non-governmental organizations, in order to achieve its statutory purposes, the IWCM may carry out any kind of activity not prohibited by law. The IWCM has the right to carry out economic activity, including social entrepreneurship. The economic activity can be exercised either directly by the IWCM, or by setting up legal entities for profit.

4.1. Structure of the IWCM covers the following bodies:

4.5. The Auditor
The Auditor is the control body of the IWCM.
4.5.1. The control over the economic-financial activity of the IWCM is performed by the Auditor, elected by the General Assembly for a term of 3 years. The auditor may not be a member of the Board of Directors.
4.5.2. The Auditor:

5. IWCM MEMBERS, THEIR RIGHTS AND OBLIGATIONS

5.1. The founders of the IWCM become legal members of the IWCM. The members of the IWCM may be any citizens of the Republic of Moldova, foreign citizens, persons without citizenship, persons with permanent or provisory residency in the Republic of Moldova and who recognize and support the objectives of the IWCM. IWCM is not liable for the obligations of its members and the members are not liable for the obligations of the IWCM.
5.2.The application to adhere to the IWCM as a member and the decision of withdrawal from membership is discussed at the Board of Directors Meeting. The decision approving or withdrawing of membership shall be brought to the attention of the General Assembly.
5.3. Each member of the IWCM shall pay an admission fee of 500 MDL (Moldovan Lei). The amount of the admission fee may be modified by the decision of the Board of Directors.
5.4. Members of the IWCM have the following rights and obligations:

5.5. The member who does not participate in the activity of the IWCM, deciding to terminate her relationship with the IWCM on her own initiative, as well as those members who violate the provisions of this bylaw, may be excluded from the members of the IWCM by the Board of Directors by a decision which will be subsequently notified to the General Assembly.

6. PROPERTY AND SOURCES OF FUNDING

6.2. The IWCM may have such property as buildings, constructions, equipment, transport means, and other property required for achievement of goals and objectives, laid out in these bylaws.
6.3. Donations made to the IWCM can be in the form of immovable property, securities, copyright, shares, etc.
6.4. All of the property of the IWCM and profits from economic activity will be used for the fulfilment of the organization’s goals and cannot be distributed among its members.
6.5. Property transferred to the IWCM from its members as contributions and donations, may not be reimbursed and become the property of the IWCM.

7. TRANSPARENCY OF ACTIVITY AND FINANCIAL REPORTS

7.1. The IWCM activity is transparent to the public. The IWCM publishes the annual activity report no later than 6 months from the end of the year for which it is prepared. If the IWCM does not publish the annual activity report, it will send, within a maximum of one month, a copy of the report to any person who has requested it. At the request of the competent public authority, the IWCM shall submit to it, within a maximum of one month, the annual activity report. The annual activity report shall contain information on the activities carried out, the value of the financial means and materials obtained and used, as well as other relevant information.
7.2. The main parameters shall be reported in accordance with the legislation in effect. At the end of the financial year, the Board Chair in collaboration with the Administrator presents to the Board of Directors a financial report which is to be confirmed by the Auditor.
7.3. An annual financial report of the IWCM will be made in accordance with results of the year and it must contain:

8. APPROVAL AND AMENDMENT OF THE BYLAW

8.1. This BYLAW is approved by the General Assembly of the IWCM.
8.2. The proposals of the members of the IWCM regarding the amendments and completions of the present bylaw are submitted on behalf of the Board of Directors, which proposes them for examination at the next meeting of the General Assembly.
8.3. The amendments and additions of the Bylaw are approved by the decision of the General Assembly which is deliberative with the presence of 50% plus one of the total number of members or their representatives and if 2/3 of the number of members present at the meeting voted for them. The provisions of the bylaw regarding the headquarters of the IWCM may be modified based on the decision of the Board of Directors. Each member has one vote. Decisions shall be taken by a simple majority of those present.
8.4. Amendments and additions to the Bylaw shall take effect for third parties from the time of their registration.

ADOPTION OF THE BYLAW AND SIGNATURES:
This Statute with its amendments is approved and adopted by the General Assembly of IWCM on November 11, 2021 and signed by Maria Marinuța 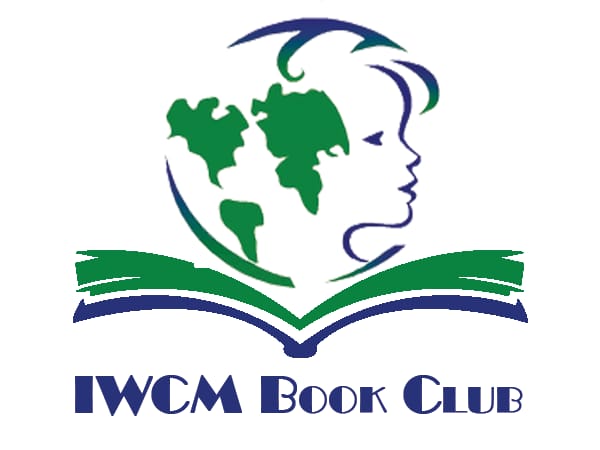