After a long time of isolation, the IWCM book club returned in online version.

It was amazing and the members have shared their personal opinions on the books that they have read or are reading.

The topic of this first online meeting was "Memories that changed your life" but the conversation didn't concerned only bibliographic books. 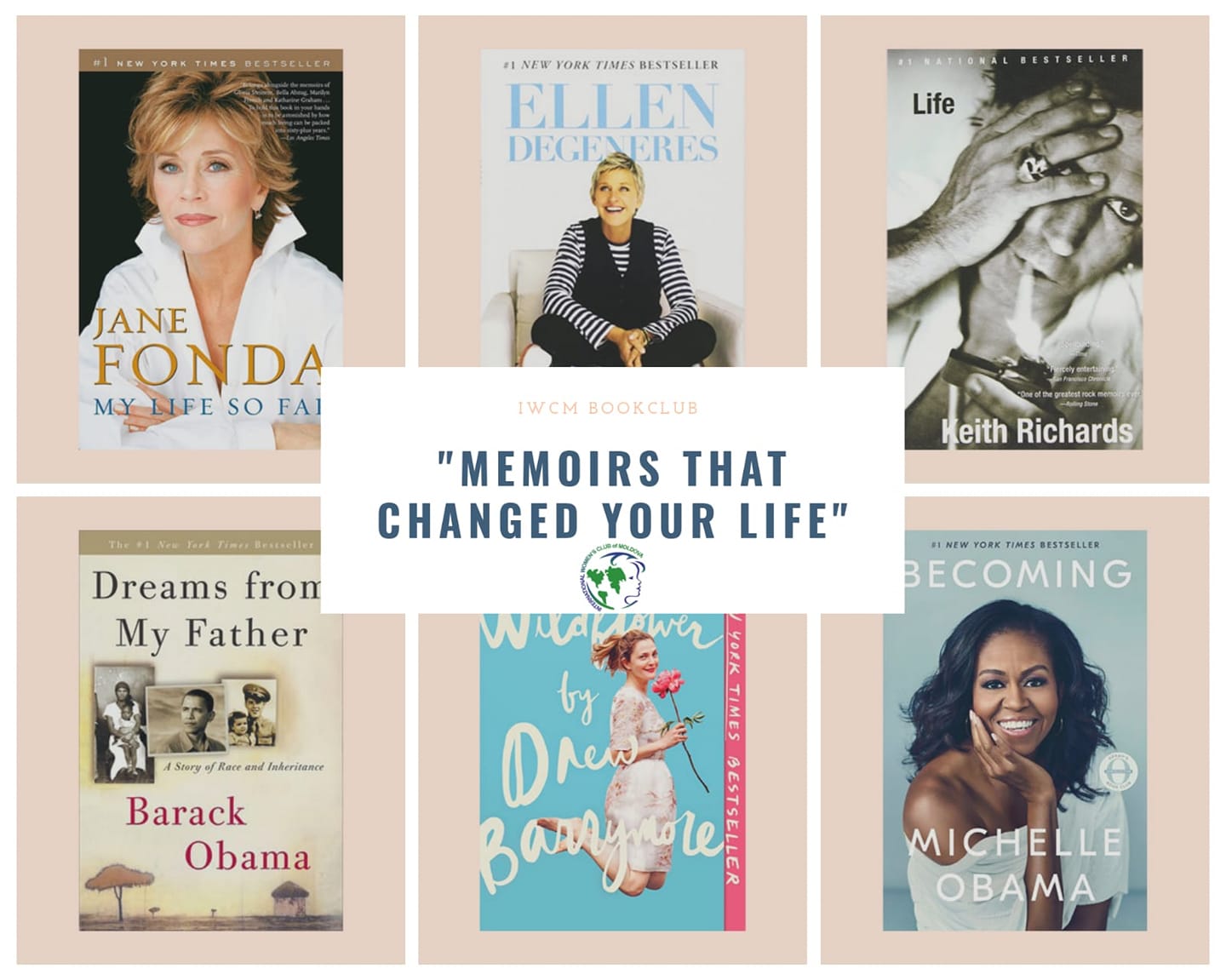 A lot of interesting titles and book have been recommended and the following reading list has been jotted down:

- "Between the World and Me" by Ta-Nehisi Coates, suggested by Myriam;

- "I am Malala" by Malala Yousafzai, suggested by Loredana;

- "Surviving Covid-19 in a Foreign Land: Stories of Expats and Migrants Around the World" by Inna Rothmann and Irina Sirbu, suggested by Inna;

- "Diplomatic Baggage: The Adventures of a Trailing Spouse" by Brigid Keenan, suggested by Gundega;

- "With Dance Shoes in Siberian Snows" by Sandra Kalniete, suggested by Gundega;

- "Chanel and her world" by Edmode Charles-Roux, suggested by Svetlana;

- "Notes from my travels: Visits with Refugees in Africa, Cambodia, Pakistan and Ecuador", by Angelina Jolie and Caspian Tredwell-Owen, suggested by Svetlana;

- "Letters to a Young Gymnast" by Nadia Comaneci, suggested by Elena;

- "The Last Romantic: A Biography of Queen Marie of Romania" by Hannah Pakula, suggested by Elena.