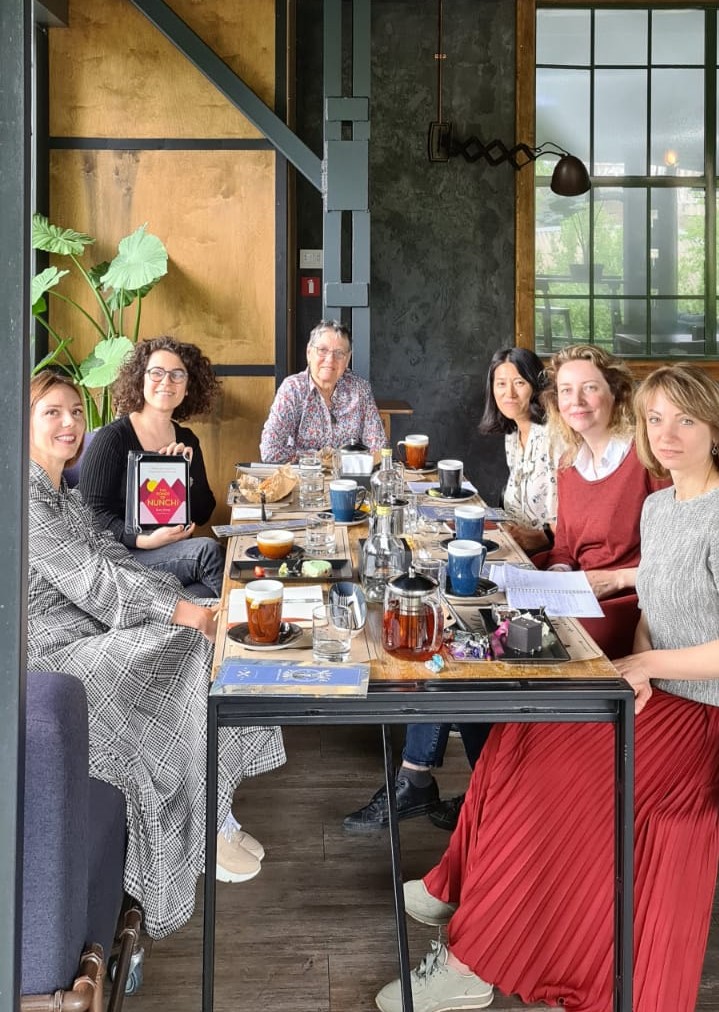 Today the book club meeting took place at "Black rabbit" cafe and two new members joined it. It was dedicated to Korean culture and literature. Specifically the members have talked about the power of Nunchi because they read "The Korean Secret to Happiness and Success. The Power of Nunchi" by Euny Hong.

This event was particularly lucky because a wonderful representative of the Korean nation and club member, Mini Choi, has come to the meeting. Mini was glad to answer all our questions about the Nunchi philosophy and introduce us the Korean lifestyle.

For those who hear about the concept of "Nunchi" for the first time, here are some explanations from Wikipedia: “Nunchi first appeared in Korea in the 17th century literally meaning “eye power”. Described as “the subtle art of gauging other people’s thoughts and feelings in order to build trust, harmony, and connection”. For centuries it has been the guiding principle of Korean life. Practicing Nunchi, you must learn to listen and observe more than you speak in any conversation. People who negotiate well are those who are willing to listen. And Nunchi is all about listening and then assessing the situation.

What did the book club members learn from the power of Nunchi?
Together they came to the conclusion that it’s all about intercultural communication. The Nunchi philosophy is not only about being successful whatever it will cost you. It’s not only being able to read body language and quickly moving up in the career. Nunchi is also the ability to spend time together, taking much care of others, sharing food together, helping each other in difficulties and keeping your inner humility. This is the ability not to bring other people in an awkward position, to be able to stop in time and not to say too much.

There is also something like Nunchi in Western culture. But it’s more about etiquette, caring for others, respect for elders.
Nunchi's philosophy is over 400 years old. The book club members hope that it will develop further. Especially, with the growing generation.

Here is the recommended list of modern Korean books worth reading:
- “The vegetarian” by Han Gang;
- “Land” by Park Kyoungri;
- “Please look after mom” by Sin Keungsook;
- “Your Republic is calling you” by Kim Youngha;
- “Human Decency” by Gong Jiyoung;
- “Lonesome You” by Park Wanseo;
- “The guest” by Hwang Seokyoung;
- “The Cloud Dream of the Nine” by Kim Man-Choong;
- “Arpan” by Park hyoungsu;
- “Kong's garden” by Hwang Jeongeun;
- “Dishonored” by Choi Minwoo;
- “Parane for a Dead Princess” by Park Mingyu;
- “Stingray” by Kim Jooyoung;
- “When Adam opens his eyes” by Jang Jungil.

A big thank to Mini Choi, for sharing her experience and knowledge and for suggesting the Korean books list, and Svetlana for organizing today’s meeting and reporting it in this post.